On Sunday the DIAS group (all the American and some Senegalese students) went on a tour of Gorée Island, just off the coast from Dakar. This island, pictured below, was one of the main slave trading posts in West Africa. It has seen a history of violence as European powers fought each other for control of the island, and worse, the atrocities committed during the imprisonment and trading of slaves. 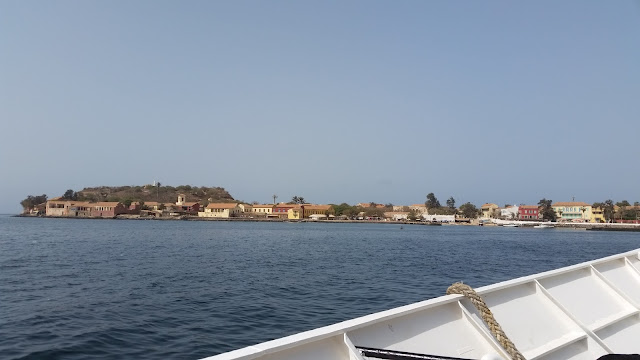 The group was led on a tour throughout the island, with the main stop being the House of Slaves.

The House of Slaves gave each of us an experience they will never forget. We saw the room where humans were weighed like cattle, where they were imprisoned in small, dark cells like sardines, and the door through which there was no return. We heard detailed explanations of what would happen to any who were unhealthy or rebellious. The sick were killed, thrown into the sea for the sharks, to prevent disease from spreading. Any violent or misbehaving slaves were enclosed in a tiny cell, no room for standing or even crouching. And for repeat offenders, the windowless cell from which no one came out of alive.

We discussed what we learned and how we felt in this historical place after returning to the mainland. Senegalese, African American and white American students shared their individual take-always, prompting an open dialogue allowing a glimpse into the life of someone different, into interpretations we may never have considered. Parallels and comparisons were made to events in modern times, how the lingering effects of slavery and colonization still permeate the world. It was a powerful experience and a great opportunity to share ideas and perceptions from people of different backgrounds with experiences. 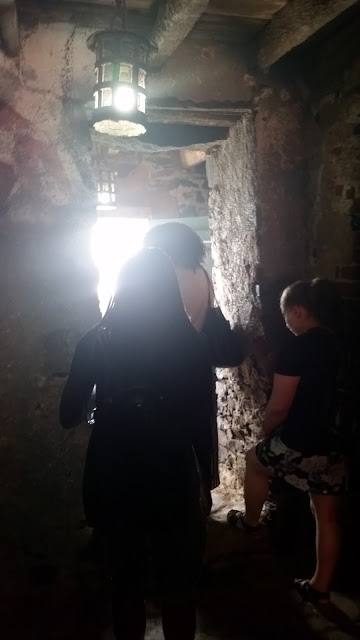 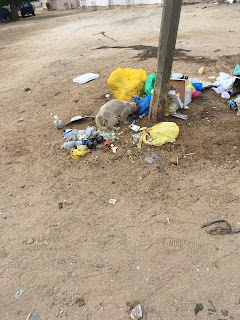 (Becca here, as Caryn and Austin do not quite agree with me on this point)

Perhaps the most challenging aspect of our time in Senegal presented itself in the form of temptation. That is, the temptation to pet every cat around. In the States, this is of course perfectly normal. People love cats. They're adorable. Who wouldn't want to pet a cat? In Senegal, the story is quite different. Cats are pests to the Senegalese, disgusting, dirty, gross little critters that no one wants to touch. I have received many an odd look from all of the cats that I have pet, be they in the street, outside of the house, at WARC, at my internship, et cetera. I have been warned by many a folk not to touch the cats, as they are dirty and not friendly. I have here photo evidence that proves otherwise.

First and foremost is Garbage Cat, so named because he eats garbage. I see him almost every single day on the way to my internship. I haven't tried to pet him, because, you know, garbage, …
Read more 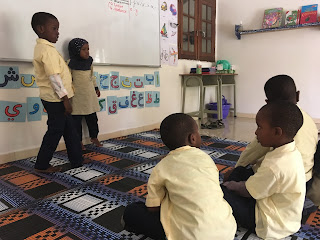 Becca is working at Noor International Academy, a school that just opened this past September. It is a bilingual Islamic school with just 25 students. She teaches a preschool class for 45 minutes a day, mostly reviewing things that the kids learned earlier in the year. Apart from teaching, she also does a lot of work on decorations for the school.

A lot of the students speak English and a few of them are from the US. For the most part, the preschoolers she teaches do not speak much English beyond what they have learned in class, though there is one American student.

The curriculum is Senegalese, as the school is trying to break away from following the French setup for education. Senegalese teaching styles are quite different from those typically seen in the US, so the main goal of Becca's internship (according to her boss) is to offer a new perspective on learning styles & approaching problems. 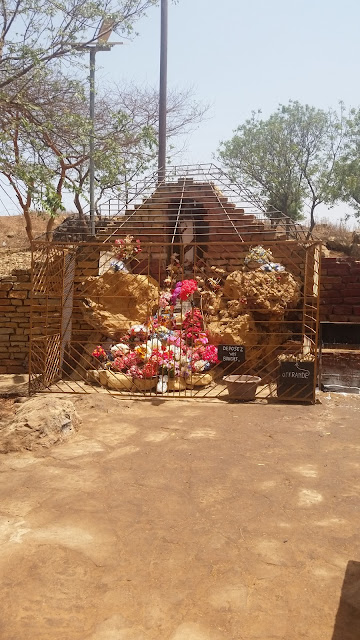 This past weekend, the DIAS group went on a weekend trip to Petite Côte. We stopped for a day in Papenguine, and saw a site where the Virgin Mary appeared as a black woman to a woman and her baby. We also meet Moussa Sene Absa, a Senegalese film producer. We were able to tour his house and watch one of his movies, Madame Broullette. The group was able to discuss the film with Mr. Absa and get a glimpse into his inspiration. We spent the night in a hotel over looking the beach, built by the hands of one man. At 90 years old, he still works on sculpting the hotel. The next day, we went to Fadiouat, a shell island. We toured the island and the cemetery, which is the final resting place of both Christians and Muslims. We were able to take a short canoe ride through the mangroves and passed the island to the mainland. After lunch, we headed to the home of the father of the first president of Senegal, Senghor. We were then able to relax with our fellow students for another evening at a res…
Read more